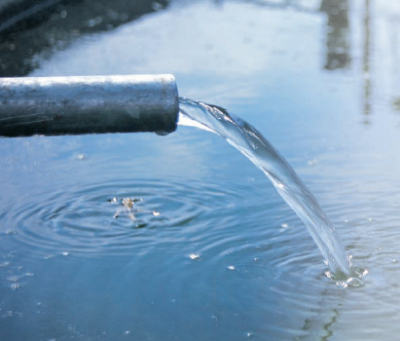 It seems like we hear about another newly identified pollutant in our waterways and/or drinking water every week or two. I read an article the other day about the “Erin Brokovich” chemical/carcinogen (chromium-6) and how it was found in nearly all of the water supplies around the US that were tested, at levels greater (sometimes far greater) than those suggested as safe exposure by scientists. I found the introduction paragraph discouraging as well as frustrating, yet as I read further and reached the content where the author described the issues specific to North Carolina and the contamination from coal ash…it hit closer to home.

In North Carolina, scientists at the Department of Environmental Quality were alarmed by levels of chromium-6 in hundreds of private wells near unlined pits where Duke Energy dumped coal ash. The scientists warned well owners not to drink water with chromium-6 levels higher than their calculations found were safe. But higher-ups at the department rescinded the do-not-drink warnings, citing the lack of federal regulation as justification for telling well owners their water met all state and federal standards.[16]

Tsk, tsk. That is not the way to take care of your citizens, now is it? When I reached the part describing how the State Epidemiologist ultimately resigned due to lack of allowable action and the wrist-slapping that resulted from DEQ scientific information being released, I had read enough. Check it out for yourself and be sure to read the whole piece, it is quite enlightening – but not in a good way.

“Dilution is the solution to pollution”, a phrase many have heard before either in all seriousness or with a head-shaking disbelief. Some things simply can’t be diluted enough, not when the threshold for harm is in the parts per billion or even trillion. The people living in the lower Cape Fear Basin are feeling the pressure of knowing that their drinking water (and rain water due to airborne pollutants), both in wells and from the water treatment plant, contains dangerous levels of a chemical known as GenX. This unregulated chemical compound, shown to cause cancer in animals and birth defects, is the topic of lawsuits, one of which is described in this News & Observer article

The lawsuit, filed by the Southern Environmental Law Center for Cape Fear River Watch, contends Chemours is contaminating the water and air with toxic compounds including GenX, an unregulated chemical discovered in the river last year.

State environmental regulators say their investigation has led the company to no longer discharge GenX into the Cape Fear, and that water quality is now within state health standards. But the environmental group says pollution is still occurring through smoke-stack emissions, leaking pipes, unlined pits, wastewater ditches and contaminated equipment.

The presence of GenX and high levels of other toxic chemicals were identified by “accident” when a researcher, looking for other contaminants, noticed the high levels showing up in water quality tests within the Cape Fear watershed back in 2013. The information remained off of the radar, despite efforts to bring it to the attention of local and state authorities. Finally, a Wilmington reporter took up the charge and notified the public of the findings. The wheels were then set in motion, but not before the surrounding counties and their citizens have suffered. The area also has elevated levels of illnesses that are indicative of exposure to high levels of contaminants such as GenX.

Citing these findings and discussing their implications is important not only as a necessary public service for those affected, but to remind us all that we are surrounded by all of these dirty, little secrets. Environmental regulations can only do so much, and in many cases the negative effects are so wide-spread that control seems out of reach. Conveniences come at a price, and many may argue, one too high to continue paying. The currency is our health and our environmental well-being. I encourage all of us to keep our eyes wide open. The quality of our water, that in which we cook, and bathe, that which we consume, and that which flows in the creeks and rivers to our oceans is precious and must be protected.

One thought on “Dirty, little secrets”